Perhaps you’re wondering whether it is possible to play sounds through a microphone. Well actually, you can. In fact, a lot of gamers and YouTubers commonly do this. Let us master the easy ways on how to play desktop audio through mic. The audio quality of a computer is not the best. It’s hard to hear what is playing through speakers and even harder when played through headphones. Fortunately, there are many ways you can play computer audio through your microphone. So that you can listen to music, watch videos, or talk to friends as if you were sitting in front of your PC.

Ways To Play Sounds Through Mic

If you want to play desktop audio through mic, try the different ways listed below.

Option 1. Using Windows 10 – You can play audio through a microphone in Windows 10 via downloaded Apps, such as Rust Soundboard, ClownFish, and the like.

Playing sound through a mic and then talking in Windows 10 is a piece of cake. It is common, especially for gamers/YouTubers. They use different types of comical sound effects while they are playing games. You can produce sound effects or music in games as well as other apps. Plus you may also make use of Spotify hotkeys in-game to make the process even easier.

In addition, you can play audio through mic by changing your default microphone to your system sounds. You can do this by going to Control Panel and clicking Hardware & Sound. Next is you should click Manage Audio Devices and choose Recording. Then allow Stereo Mix and set it to the default mic. Easy peasy! Now go to your preferred software, and play the sounds through a mic.

Option 2. In discord – Here is how you can play music from Youtube in discord while you are playing games. It is easy for the simple reason that you just have to install additional plugins, just like the MedalBot or Rhythm.

MedalBot as well as Rhythm are some samples of useful bots that play music according to the directions given to them. For instance, with MedalBot, write instruction command m!play Song Name to play music through the mic on discord. Type the command m!stop to stop the song.

Steps To Play Music Over Mic

Perform the steps below on how to play music through your mic easily:

Step 2. Install the app of your preference and then attach it to your microphone. Go to Control Panel and choose Hardware & Sound. Then click on Manage Audio Devices and then Recording. Next is to allow Stereo Mix and set it to the default mic.

Step 3. Add sound effects or songs that you would like to play in the soundboard app.

Step 4. Play your music through a mic.

Test The Sound Played Through Mic

Now that you know how to play desktop audio through the mic using several apps, you should know how to test it as well. You can record your input through any software like audacity and listen to it. It is that easy. You can also request some friends to listen to your music on different apps to know if it worked for you. Find out more about audio settings here!

If you are a gamer, playing music through a mic is an excellent feature that you may want to try and master. By following these steps, one can ensure that they are getting high-quality sound and ease of access. Learning how to play sound through mic is essential. You can use them in different applications such as video calls, audio recording, and in-game conversations. 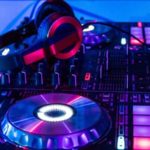 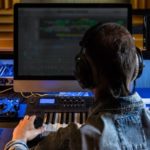 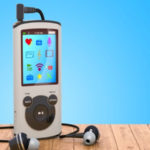 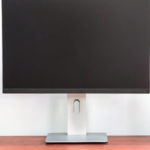 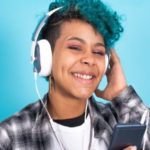 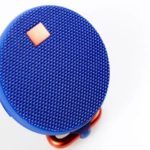 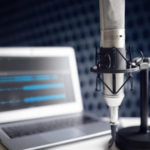 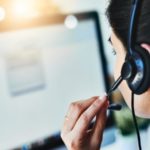